The Nanokhod Rover is a Micro-Rover for scientific exploration and was developed for extreme environments. 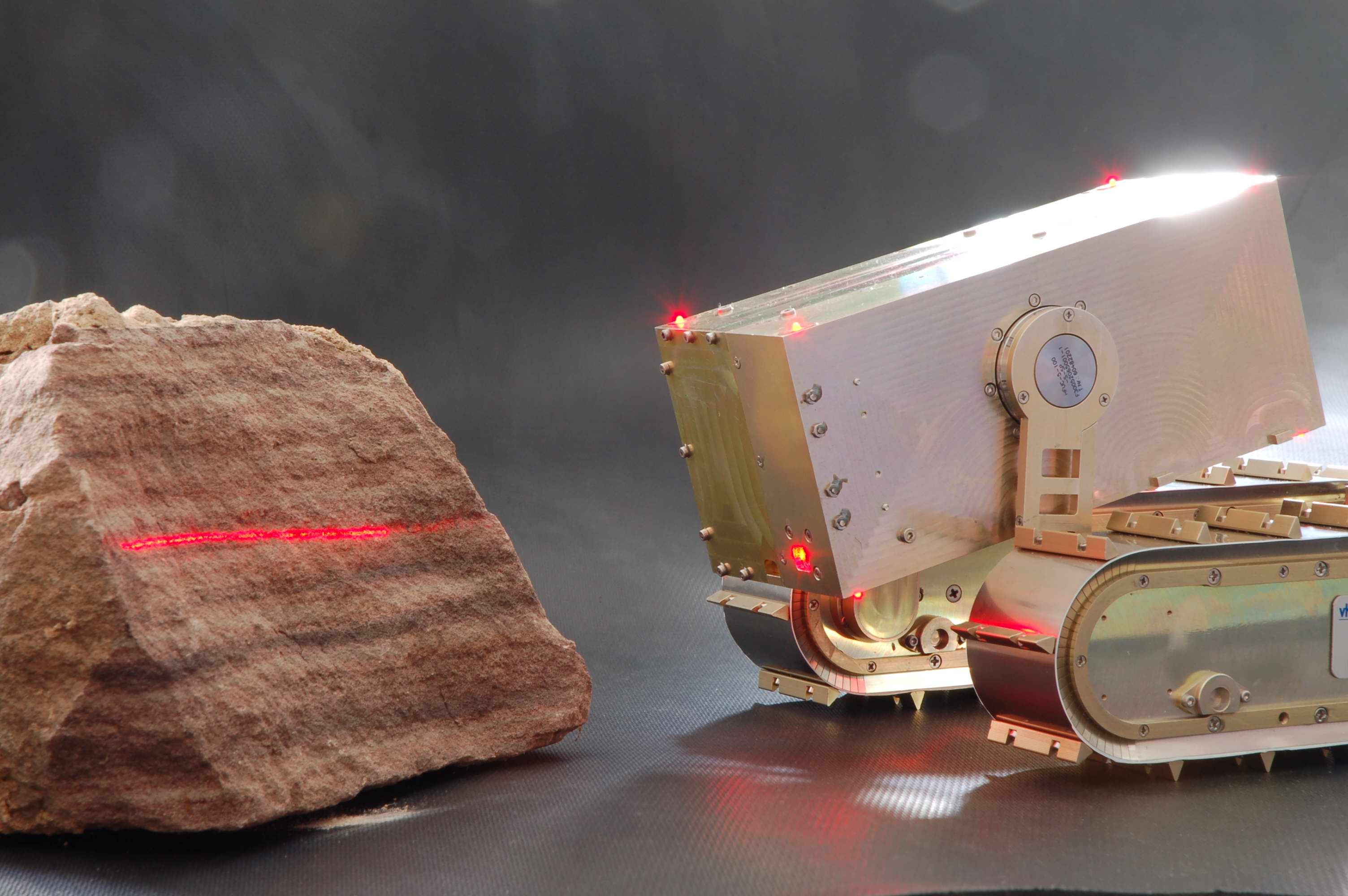 The Nanokhod Rover was built in order to explore and to analyze geochemical samples of a planetary surface. The Nanokhod “rover segment”, with a total mass of 2550g, including 1100g of payload, is a rugged, simple, reliable yet effective microrover, to carry a set of instruments in the immediate surroundings of a lander (i.e. at least 20m away from it) with a speed of 5 meters per hour. In order to maximize locomotion efficiency, it carries around only what is strictly needed for moving and deploying the instruments. 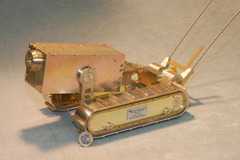 Its scientific sensor instruments a Microscopic camera, APXS and Mössbauer Spectrometers are accommodated in the central payload cab. Two rotation axes at the ends of the payload cab levers provide 2 degrees of freedom for positioning one of its two viewing windows w.r.t. a rock or soil spot of interest. Locomotion is performed by means of tracks. As a consequence of the very limited mass and volume budgets no batteries or other power supply devices are on board of the rover.

Instead it is equipped with a thin lether consisting of two wires, providing a power and data connection to the lander. Semi-autonomous control is performed using a 3D digital elevation model of the terrain acquired by means of a panoramic camera on the lander. Thermal control is entirely passive. All micro-rover components shall withstand, under nonoperating conditions, temperatures of -140°C to +70°C.Operation will be limited to time slots during which drives and electronics are within their operating range of -80°C to +50°C.

The Nanokhod Rover Project started in the 1990’s. The first model was the MicroRoSA, developped for a mission to Mars. The latest model is the MRP, that is adapted to a mission to Mercury and thus is able to stand temperatures up to -180°C, whereas its operatingperiod lasts 7 to 14 days.

Altogether 4 missions were calculated with Nanokhod:

Video of Nanokhod in action